Testing on Node.js with Jest and a Sequelize test database 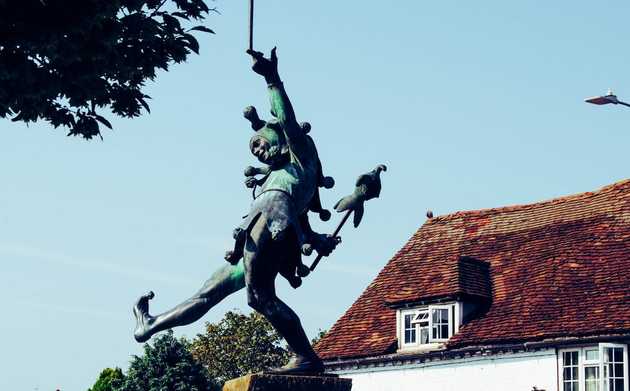 Using a testing framework like Jest or Mocha provides a consistent way to test a web system, but there are so many ways to approach testing that the nuances make it difficult to get that consistent process ready to use. One aspect of testing which can be handled in different ways is the data store, and whether to use mock data or databases. I have done this a few different ways in the past, such as abstracting the database away as a dependency so a “fake” database can be used, or using a real development database.

At work we use a real database but a separate test one, providing a clean datastore which simplifies the testing process. Whilst integrating this setup into a project recently I ran into some issues running this test database with Sequelize, and performing tests in Jest, so I wanted to document the approach here.

My project is using Typescript but there’s not much extra that I’ve had to implement because of Typescript, so I’ll include some TS bits as well as normal JS.

This post assumes prior experience with Node, Postgres, Sequelize and Jest.

If you haven’t done so already, install the dependencies required:

The ts-jest is only required if you’re running Typescript, and enables Jest to parse .ts files.

As mentioned above, this testing approach requires a specific database for testing. Before each test is initiated, the database will be wiped and migrations done. That means it’s ideal to have a separate database for both dev and testing. The easiest way to do this is with Docker Compose.

If you are using Docker Compose, you’ll want something like the following for setting up the dev and test databases:

The ports in each database service definition will be the ports to enter into your database viewer to see the databases within the Docker containers from your host machine using localhost.

If you aren’t using Docker Compose, you’ll need to set up 2 databases manually on your machine.

Either way, take note of the connection env details as they will be needed next.

This post assumes you have Sequelize set up already, so I’ll give a brief overview of how I’ve integrated it. The database config and other supporting files can be found here for more detail, but the Sequelize config file will look something like this:

The test credentials there will need to match the test database you have on your system now.

The end goal is to have the test database emptied and migrations done before the tests are ran. Sequelize allows database migrations and seeds using the sequelize-cli package (sequelize db:migrate), which is great for running migrations on dev and production, but there’s no dedicated CLI command for emptying the database first. Emptying the database is possible on the CLI but it looks very messy and is too complicated for what it’s worth.

Instead, Sequelize offers a handy sync() function which empties the database and runs all migrations, but this can only be executed from a file.

This is where Jest config comes in…

First, you’ll want to make sure you’ve followed the official Jest advice and split out the app and server functionality into separate files. This is because tests are more efficient when ran using the bare bones of the app rather than spinning up a whole server.

I’ve cut out a lot of the supplementary includes above, but the basic structure is important.

And the app is included in to the server and used to create the server for dev and production.

So back to the testing, and the most important part which is the test file:

This solves a couple of problems - firstly, the app object is included in each test file so supertest can make a server request. Our tests look for specific response codes and messages, so testing like this is crucial.

The Sequelize sync() function mentioned earlier is executed at the start of the test, before any tests have ran. This is required because a clean and migrated database is needed to get the full benefit of the testing. It stops us from accidentally overwriting or removing information from another test, and means our tests can be ran with precision.

The thisDb variable (instance of the clean, migrated database) is then used after all of the tests have finished to close the connection. This stops that annoying message when an async action has not finished correctly:

With the approach above, it’s not possible to run tests in parallel because the database instance is the same one being imported in to each test file. Trying to run all tests in parallel (Jest default) means the database will be closing while the next test is being executed. To get around this, the package.json file can be updated to run the following Jest script:

The --runInBand means the tests will be executed sequentially, so the database is cleaned, migrated and closed in between each test suite. This makes the test time a little slower, but not by much, and I think it’s worth doing so you are able to use a simple and usable testing approach with a dedicated test database.

In a larger or production app, testing time may be an important factor. If so, the above implementation might not suit the needs. Making the tests run faster will demand parallel testing.

The reason this project doesn’t run parallel testing is because the Sequelize database is emptied and migrated at the start of each test. An alternative solution would be to empty and migrate the database once at the start of the whole test, and close that same one instance at the end of each test. This solution would mean feeding in the same database instance to all tests in between though, which is not hard to do, but it’s a different setup to what my project is running.

The above can be done using Jest global setup and global teardown.